Business Quotes To Get Your Motivation Burning 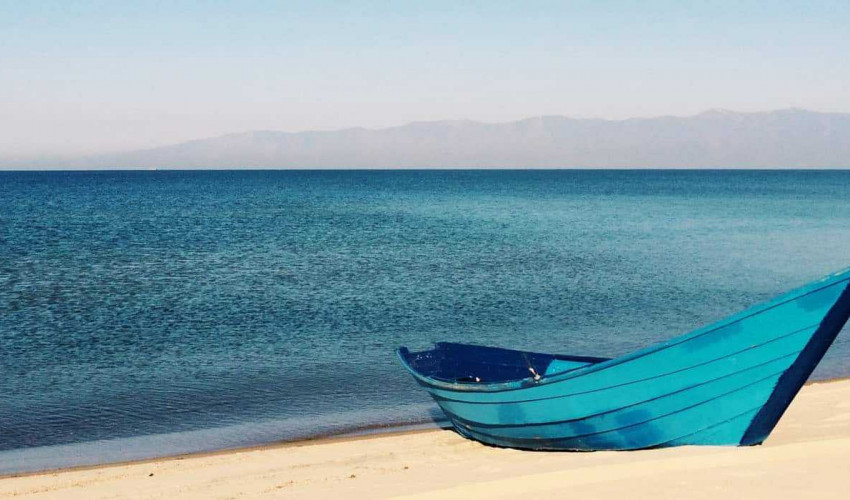 Running a business isn’t easy and, although it can be a hugely rewarding career, it’s not always a smooth ride. We’ve compiled some of the best business quotes from business leaders worldwide, both past and present.

Prepare to be inspired whether you're working in marketing, or any other area of business.

“Your reputation is more important than your paycheck, and your integrity is worth more than your career.” — Ryan Freitas, About.me co-founder

“Courage doesn't always roar. Sometimes courage is the quiet voice at the end of the day saying 'I will try again tomorrow.'” -- Mary Anne Radmacher, American author and artist

"In times of great stress or adversity, it's always best to keep busy, to plow your anger and your energy into something positive." --Lee Iacocca, American businessman

“Every time we launch a feature, people yell at us.” —Angelo Sotira, deviantART co-founder

"The greatest weapon against stress is our ability to choose one thought over another." --William James, American philosopher and psychologist, 1842-1910

“Be undeniably good. No marketing effort or social media buzzword can be a substitute for that.” —Anthony Volodkin, Hype Machine founder

“It's not that I'm so smart, it's just that I stay with problems longer.” --Albert Einstein (1879-1955), physicist and developer of the theory of relativity

"The truth is that stress doesn't come from your boss, your kids, your spouse, traffic jams, health challenges, or other circumstances. It comes from your thoughts about your circumstances." --Andrew Bernstein, author

“Money is like gasoline during a road trip. You don’t want to run out of gas on your trip, but you’re not doing a tour of gas stations.” —Tim O’Reilly, O’Reilly Media founder and CEO

“Many of life's failures are people who did not realize how close they were to success when they gave up.” --Thomas Edison (1874-1931), inventor of the light bulb

"One of the symptoms of an approaching nervous breakdown is the belief that one's work is terribly important." --Bertrand Russell, British philosopher and logician, 1872-1970

“If you can’t feed a team with two pizzas, it’s too large.” —Jeff Bezos, Amazon founder and CEO

“Failure is only the opportunity to begin again, this time more intelligently.” --Henry Ford (1863-1947), founder of Ford Motor Company

"Don't underestimate the value of Doing Nothing, of just going along, listening to all the things you can't hear, and not bothering." --Winnie the Pooh (A.A. Milne, English author, 1882-1956)

“Don’t worry about people stealing your design work. Worry about the day they stop.” —Jeffrey Zeldman, A List Apart Publisher

“A failure is not always a mistake. It may simply be the best one can do under the circumstances. The real mistake is to stop trying.” --B.F. Skinner (1904-1990), American psychologist

“Chase the vision, not the money, the money will end up following you.” —Tony Hsieh, Zappos CEO

“Ask yourself this question: 'Will this matter a year from now?'” --Richard Carlson, American psychotherapist and author of Don't Sweat the Small Stuff

"Do not spoil what you have by desiring what you have not; remember that what you now have was once among the things you only hoped for." --Epicurus, Greek philosopher, 341-270 BC

“The value of an idea lies in the using of it.” —Thomas Edison, General Electric Co-founder

“What if I told you that 10 years from now, your life would be exactly the same? I doubt you'd be happy. So, why are you so afraid of change?” --Karen Salmansohn, best-selling self-help author

"Stress is caused by being 'here' but wanting to be 'there.'" --Eckhart Tolle, author of The Power of Now and A New Earth

“Make every detail perfect and limit the number of details to perfect.” —Jack Dorsey, Twitter co-founder

“As I look back on my life, I realize that every time I thought I was being rejected from something good, I was actually being redirected to something better.” --Dr. Steve Maraboli, speaker and author

"When we long for life without difficulties, remind us that oaks grow strong in contrary winds and diamonds are made under pressure." --Peter Marshall, Scottish clergyman, 1902-1949

“The most dangerous poison is the feeling of achievement. The antidote is to every evening think what can be done better tomorrow.” —Ingvar Kamprad, IKEA founder

"What you're supposed to do when you don't like a thing is change it. If you can't change it, change the way you think about it. Don't complain." --Maya Angelou, author and poet

“Always look for the fool in the deal. If you don’t find one, it’s you.” —Mark Cuban, AXS TV chairman and entrepreneur

"To experience peace does not mean that your life is always blissful. It means that you are capable of tapping into a blissful state of mind amidst the normal chaos of a hectic life." --Jill Botte Taylor, author of My Stroke of Insight

"You must learn to let go. Release the stress. You were never in control anyway." --Steve Maraboli, author of Life, The Truth, and Being Free

“There’s nothing wrong with staying small. You can do big things with a small team.” —Jason Fried, 37signals founder

"If you want to conquer the anxiety of life, live in the moment, live in the breath." --Amit Ray, spiritual master and creator of Om meditation

“Don’t worry about failure; you only have to be right once.” —Drew Houston, Dropbox founder and CEO

“Through perseverance many people win success out of what seemed destined to be certain failure.” --Benjamin Disraeli (1804-1881), British politician and writer

"Suffering becomes beautiful when anyone bears great calamities with cheerfulness, not through insensibility but through greatness of mind." --Aristotle, Greek philosopher, 384-322 BC

“Get five or six of your smartest friends in a room and ask them to rate your idea.” —Mark Pincus, Zynga CEO

“Success seems to be largely a matter of hanging on after others have let go.” --William Feather (1889-1981), American author

"Much of the stress that people feel doesn't come from having too much to do. It comes from not finishing what they've started." -David Allen, author of Getting Things Done

“If there’s something you want to build, but the tech isn’t there yet, just find the closest possible way to make it happen.” —Dennis Crowley, Foursquare co-founder

“Develop success from failures. Discouragement and failure are two of the surest stepping stones to success.” --Dale Carnegie (1888-1955), world-renowned author and speaker

"How we perceive a situation and how we react to it is the basis of our stress. If you focus on the negative in any situation, you can expect high stress levels. However, if you try and see the good in the situation, your stress levels will greatly diminish." --Catherine Pulsifer, author, glass artist

“Failure is often that early morning hour of darkness which precedes the dawning of the day of success.” --Leigh Mitchell Hodges (1876-1954), journalist and poet

"Peace is the result of retraining your mind to process life as it is, rather than as you think it should be." --Wayne W. Dyer, self-help author

"When we are unable to find tranquility within ourselves, it is useless to seek it elsewhere." --Francois de La Rochefoucauld, French author, 1613-1680

“It’s not that we need new ideas, but we need to stop having old ideas.” —Edwin Land, Polaroid co-founder

“We are currently not planning on conquering the world.” —Sergey Brin, Google co-founder

"Worrying won't stop the bad things from happening, it just stops you from enjoying the good." --Unknown

"Of all the things that matter, that really and truly matter, working more efficiently and getting more done, is not one of them." --Mike Dooley, inspirational author and speaker

“It’s hard to do a really good job on anything you don’t think about in the shower.” —Paul Graham, YCombinator co-founder

“Defeat is not the worst of failures. Not to have tried is the true failure.” -- George Edward Woodberry (1855-1930), American poet

“Every day that we spent not improving our products was a wasted day.” —Joel Spolsky, Stack Overflow co-founder

“Timing, perseverance, and ten years of trying will eventually make you look like an overnight success.” —Biz Stone, Twitter co-founder

“Anything that is measured and watched, improves.” —Bob Parsons, GoDaddy founder

“The secret to successful hiring is this: look for the people who want to change the world." —Marc Benioff, Salesforce CEO

“If you’re going to put your product in beta – put your business model in beta with it.” —Joe Kraus, Google Ventures partner

“Ideas are commodity. Execution of them is not.” —Michael Dell, Dell chairman and CEO

“You don’t need to have a 100-person company to develop that idea.” —Larry Page, Google co-founder

“Diligence is the mother of good luck.” —Benjamin Franklin

“The way to get started is to quit talking and begin doing.” —Walt Disney, Disney founder

“I like to pride myself on thinking pretty long term, but not that long term.” —Mark Zuckerberg, Facebook founder

“You don’t learn to walk by following rules. You learn by doing and falling over.” —Richard Branson, Virgin Group founder

“If you’re not a risk taker, you should get the hell out of business.” —Ray Kroc, McDonald’s founder

“Design is not just what it looks like and feels like. Design is how it works.” —Steve Jobs, Apple Inc. co-founder, chairman and CEO

“An invention that is quickly accepted will turn out to be a rather trivial alteration of something that has already existed.” —Edwin Land, Polaroid co-founder